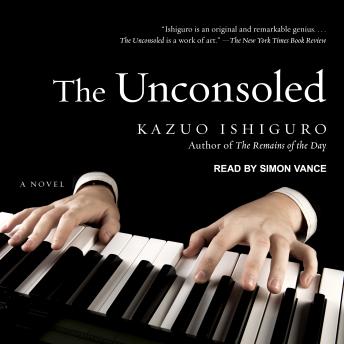 From the winner of the Nobel Prize in Literature and author of the Booker Prize-winning novel The Remains of the Day, here is a novel that is at once a gripping psychological mystery, a wicked satire of the cult of art, and a poignant character study of a man whose public life has accelerated beyond his control.

The setting is a nameless Central European city where Ryder, a renowned pianist, has come to give the most important performance of his life. Instead, he finds himself diverted on a series of cryptic and infuriating errands that nevertheless provide him with vital clues to his own past. In The Unconsoled Ishiguro creates a work that is itself a virtuoso performance, strange, haunting, and resonant with humanity and wit.

This title is due for release on December 7, 2017
We'll send you an email as soon as it is available!