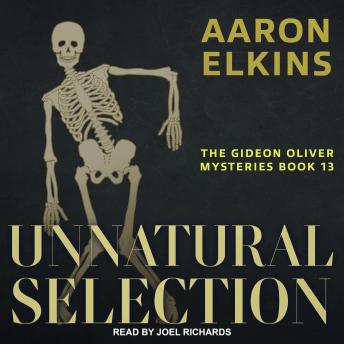 The Edgar® Award-winning author of Where There's a Will returns with another bonechilling mystery starring 'Skeleton Detective' Gideon Oliver.

Forensics professor Gideon Oliver accompanies his wife to the Isles of Scilly, which dot the sea like an emerald necklace thirty miles off the Cornwall coast. Julie's been invited here by Russian expatriate Vasily Kozlov, scientist, millionaire, and eccentric. At his home, Star Castle, he regularly hosts a consortium of guests with differing opinions-which makes for some very heated arguments.

While Julie's stuck indoors, Gideon looks forward to puttering around the Neolithic sites nearby. But before day one is through, a newer bone turns up-this tibia is only a few years old-and all signs point to murder. And just as Gideon and the local law puzzle over the bone's origin, another murder happens at Star Castle. Could it just be bad luck, two murders within a couple of years? Or do Kozlov's lively debates have a way of turning deadly?