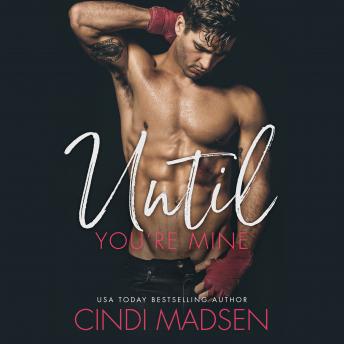 You might’ve heard of me, the guy who rose quickly through the MMA fighter ranks, only to crash just as quickly. No one cares about personal reasons when it comes to losing fights and money. I’m determined to get back to where I was. For you to hear my name again. I’ve finally convinced Blake “Bring the Wroth,” former title champion and owner of Team Domination to take a chance and get me back in fighting—and winning—shape. What I didn’t bargain for is the guy’s daughter. Factor in her two professional-fighter brothers who are acting as my coaches, the fact that my career hangs in the balance, and Brooklyn’s the last girl I should fantasize about. Not that it stops me, or prevents me from caring about her totally-wrong-for-her boyfriend.
The closer I get, the more I want Brooklyn. The stakes are high, and I know that there’s a big chance of both of us getting hurt, but I won’t stop until she’s mine.

It was a good book.

great book! it didn't take a chapter or two to get my interest, it was immediate interest in the story!!

Such a heart lifting story. Very recommended! A few steamy parts too. Narration was good as well. Two thumbs up.

I enjoyed this book. Good storyline and a good narrator. Highly recommend!

Not a great plot but still a good listen, always enjoy the romantic atmosphere.

This was a great story, very cute. Awesome narration.

Great book! I was hooked right away and loved the narrators!

This title is due for release on March 22, 2018
We'll send you an email as soon as it is available!