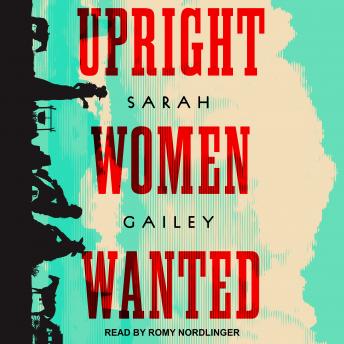 'That girl's got more wrong notions than a barn owl's got mean looks.'

The future American Southwest is full of bandits, fascists, and queer librarian spies on horseback trying to do the right thing.

It was cute. I do love a wild weird western but this was more of a little romance, and romance just isn’t my cup of tea. It’s a quick little read and I hope the author does more with filling out the world. We get a few quick brushstrokes that modern society as we know it has fallen and a new, very controlling regime has risen from the ashes to make everyone miserable. Then the story spends a lot of time with Esther, who is on the cusp of womanhood. She’s struggling with her first solid romantic inclinations and also the trauma of losing her best friend Beatrice. She acted by sneaking into the traveling librarians’s wagon (Bet and Leda) and that’s how she comes to be part of a queer group of hard workers and spies. There’s a mixed bag of reactions to her sudden appearance among their group. After all, much of what they do is forbidden by law. Can they trust Esther? And then there’s some insta-lust on Esther’s part. A new person has caught her eye but she’s uncertain about how to express her blossoming affections. And that continues on and on and on for the rest of the story. So all of that was a big yawn for me. While I applaud this group of queer rebel librarians in this dystopian wild west, I wanted more about their bigger mission and less about who was making eyes at who. Over all, I might read a sequel if there was more substance to it. I am intrigued. I just want more action and spycraft and sticking it to the regime than kissy faces. 3/5 stars. The Narration: Romy Nordlinger was a good fit. She sounded like a young Esther but also managed a variety of voices from gruff men to motherly types. I especially liked the voice for Cye, who prefers to go by the pronoun ‘they’. The pacing was perfect and there were no tech issues with the recording. 5/5 stars.

Great little dystopian western. The queer romance weaves a thread of hope towards self-acceptance through a hostile landscape.