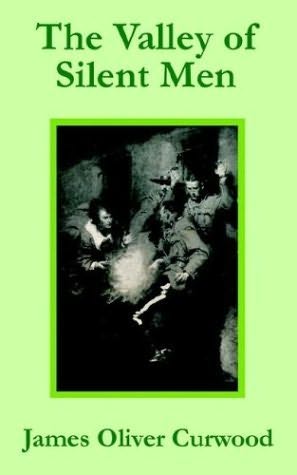 The Valley of Silent Men

Subtitled: A Story of the Three River Country. James Kent has learned that he is terminally ill with perhaps only days to live, and so decides to confess to a murder and thus save an innocent man. Nobody believes his confession, particularly Marette, a mysterious girl who had shown up at Athabasca Landing only weeks before. Kent’s illness takes a turn and his death is postponed, and he sets about to find out more about the girl, who he ends up falling in love with, although she’ll not reveal her past to him, nor what she knows about the murder. A story of intrigue, suspense, action, and above all, a story of love in the furthest outreaches of the Great White North where three great rivers flow; the Athabasca, the Slave, and the McKenzie, and where somewhere is hidden The Valley of Silent Men.

Although the narrator is first class , this is easily the most stupid and repetitive load of rubbish iv ever had the misfortune to listen too , as a previous offering was pretty good I also listened to this and that was a big mistake total rubbish .

This book is not one I would have chosen to read but I loved it in audio form. In part because the narrator Roger Malin has the perfect voice for the text and this brought it alive. The story is interesting and kept me coming back but it was finding out about a part of the world and a way of life so different to mine that enriched the story. It is a slow burner but worth the read for sure.