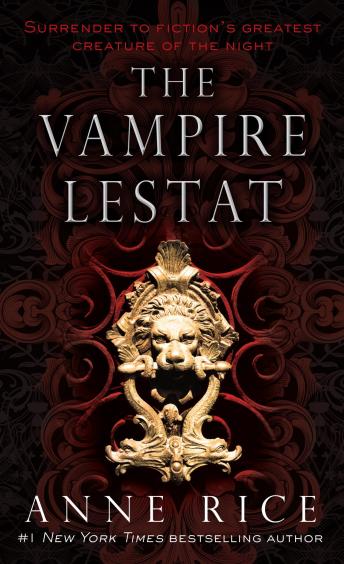 Lestat. The vampire hero of Anne Rice’s enthralling novel is a creature of the darkest and richest imagination. Once an aristocrat in the heady days of pre-revolutionary France, now a rock star in the demonic, shimmering 1980s, he rushes through the centuries in search of others like him, seeking answers to the mystery of his eternal, terrifying exsitence. His is a mesmerizing story—passionate, complex, and thrilling.

Praise for The Vampire Lestat

“Frightening, sensual . . . Anne Rice will live on through the ages of literature. . . . To read her is to become giddy as if spinning through the mind of time, to become lightheaded as if our blood is slowly being drained away.”—San Francisco Chronicle

“Fiercely ambitious, nothing less than a complete unnatural history of vampires.”—The Village Voice

This title is due for release on May 31, 2011
We'll send you an email as soon as it is available!