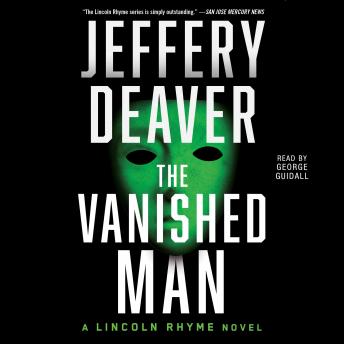 From New York Times bestselling author Jeffery Deaver—Lincoln Rhyme and Amelia Sachs must track a brilliant illusionist and escape artist whose masterful magician’s tricks are matched only by his ruthless murders.

Forensics expert Lincoln Rhyme is called in to work the high-profile investigation of a killer who seemingly disappeared into thin air just as the NYPD closed in. As the homicidal illusionist baits him with grisly murders that grow more diabolical with each victim, Rhyme and his protégée, Amelia Sachs, must go behind the smoke and mirrors to prevent a horrific act of vengeance that could become the greatest vanishing act of all…

A lot of interesting twists and turns. I wish there had been a little more background information on the storyline before all the mayhem started.

I did not really enjoy this book - perhaps because it was abridged. Due to the quickness, every major chapter was a jump and perhaps in the full book the concept/text better develops how they got there.

I loved this book. I like the Lincoln Rymes series. This one was unique with its slant towards magic. It had so many twists and turns you were always surprised at what would happen next. My husband liked it alot as well.

I found this book silly and predictable, I am glad I got the abridged version or I would have never finished it.

Another great Lincoln Rhyme story. A few twists that kept me guessing.I really like this author.

Very good read. Not up to par with Bone Collector, but it contains nice plot twists that keep you guessing.

Interesting story and it kept me reading. Not as good as Bone Collector.

Just Right. This was a fun thriller with lots of twists and turns, but easy to follow. I love these books that you hate to have end.