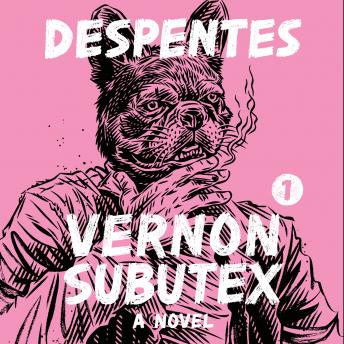 A “rock and roll Zola”: short-listed for the International Man Booker Prize, a European bestseller, and the basis of a big-budget TV series

From the provocative writer and filmmaker Virginie Despentes comes volume one of her acclaimed trilogy of novels, Vernon Subutex—short-listed for the Man Booker International Prize. But who is Vernon Subutex?

Vernon Subutex was once the proprietor of Revolver, an infamous music shop in Paris, where his name was legend throughout Paris. By the 2000s, however, with the arrival of the internet and the decline in CD and vinyl sales, his shop is struggling, like so many others. When it closes, Subutex finds himself with nowhere to go and nothing to do. Before long, his savings are gone, and when the mysterious rock star who had been covering his rent suddenly drops dead of a drug overdose, Subutex finds himself launched on an epic saga of couch-surfing, boozing, and coke-snorting before finally winding up homeless. Just as he resigns himself to life as a panhandler, a throwaway comment he once made on Facebook takes the internet by storm.