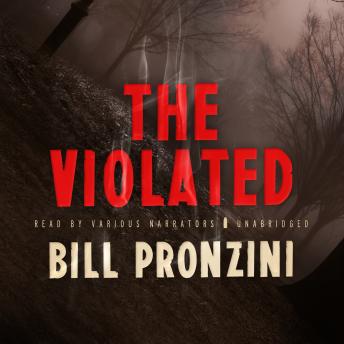 The Violated: A Novel

Bill Pronzini is crime-writing royalty. His more than eighty published novels have won or been nominated for Edgar, Hammett, Anthony, Shamus, and Macavity awards—a clean sweep of the crime fiction award field—and received rave reviews from critics. He crafts masterful stories, often from multiple perspectives, in which the human condition is on full display. The Violated is no exception.

In Echo Park, in the small town of Santa Rita, California, the mutilated body of Martin Torrey is found by two passersby. A registered sex offender, Torrey has been a suspect in a string of recent rapes, and instant suspicion for his murder falls on the relatives and friends of the women attacked. Police chief Griffin Kells and detective Robert Ortiz are under increasing pressure from the public and from a mayor demanding results in a case that has no easy solution.

Pronzini cleverly unfolds the case through alternating perspectives—Martin Torrey’s wife, caught between her grief and the fear her husband was guilty; the outraged husbands of the women violated; the enterprising editor of the local paper; the mayor concerned most with his own ratings; the detectives, often spinning in circles—until a surprising break leads to a completely unexpected conclusion. The Violated is Bill Pronzini at the height of his storytelling powers.