The Viral Storm: The Dawn of a New Pandemic Age 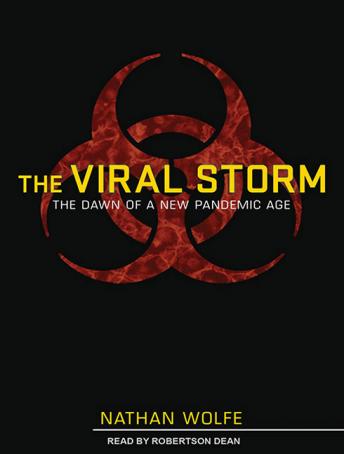 In The Viral Storm, award-winning biologist Nathan Wolfe tells the story of how viruses and human beings have evolved side by side through history; how deadly viruses like HIV, swine flu, and bird flu almost wiped us out in the past; and why modern life has made our species vulnerable to the threat of a global pandemic.

Wolfe's research missions to the jungles of Africa and the rain forests of Borneo have earned him the nickname 'the Indiana Jones of virus hunters,' and here Wolfe takes listeners along on his groundbreaking and often dangerous research trips-to reveal the surprising origins of the most deadly diseases and to explain the role that viruses have played in human evolution.

In a world where each new outbreak seems worse than the one before, Wolfe points the way forward, as new technologies are brought to bear in the most remote areas of the world to neutralize these viruses and even harness their power for the good of humanity. His provocative vision of the future will change the way we think about viruses, and perhaps remove a potential threat to humanity's survival.

Viral Storm: The Dawn of a New Pandemic Age