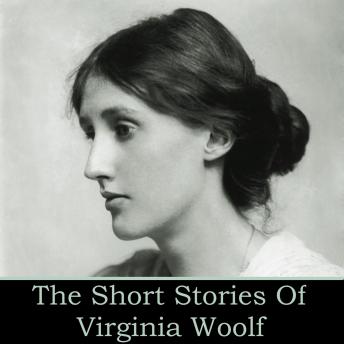 The Short Stories Of Virginia Woolf. The short story is often viewed as an inferior relation to the Novel. But it is an art in itself. To take a story and distil its essence into fewer pages while keeping character and plot rounded and driven is not an easy task. Many try and many fail. In this series we look at short stories from many of our most accomplished writers. Miniature masterpieces with a lot to say. In this volume we examine some of the short stories of Virginia Woolf. Adeline Virginia Woolf was born in 1882 and was to become a founder of modernist writing. Her background is filled with elements of tragedy that she somehow overcame to become a revered writer. Her mother died when she was 13, her half sister Stella two years later and with it her first of several nervous breakdowns. She began writing professionally at age 20 but her father's death two years later brought a complete mental collapse and she was briefly institutionalised. Three of her half brothers had sexually abused her so further darkness was added to her life. But out of this came great innovations in writing; she was a pioneer of "stream of consciousness". Whilst the dark periods continued to interrupt her emotional state her rate of work never ceased. Until on 28 March 1941, Woolf put on her overcoat, filled its pockets with stones, and walked into the River Ouse and drowned herself leaving behind a note which read in part "Dearest, I feel certain that I am going mad again. I feel we can't go through another of those terrible times. And I shan't recover this time. I begin to hear voices, and I can't concentrate. So I am doing what seems the best thing to do". Many of these stories are also available as an audiobook from our sister company Word Of Mouth. Many samples are at our youtube channel http://www.youtube.com/user/PortablePoetry?feature=mhee The full volume can be purchased from iTunes, Amazon and other digital stores. They are read for you by Richard Mitchley and Ghizela Rowe. Index Of Stories; A Haunted House; A Society; An Unwritten Novel; Kew Gardens; The Mark On The Wall; Monday Or Tuesday; Blue & Green; The Man Who Loved His Kind; The Searchlight; Together and Apart; The Legacy; A Summing Up; Moments Of Being; The Shooting Party.