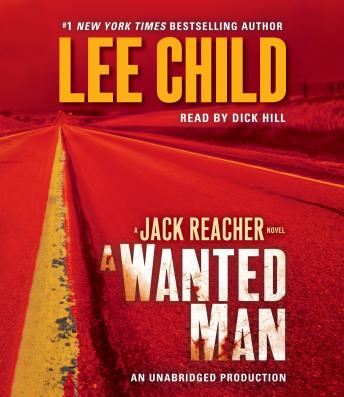 Four people in a car, hoping to make Chicago by morning. One man driving, eyes on the road. Another man next to him, telling stories that don’t add up. A woman in the back, silent and worried. And next to her, a huge man with a broken nose, hitching a ride east to Virginia.

An hour behind them, a man lies stabbed to death in an old pumping station. He was seen going in with two others, but he never came out. He has been executed, the knife work professional, the killers vanished. Within minutes, the police are notified. Within hours, the FBI descends, laying claim to the victim without ever saying who he was or why he was there.

All Reacher wanted was a ride to Virginia. All he did was stick out his thumb. But he soon discovers he has hitched more than a ride. He has tied himself to a massive conspiracy that makes him a threat—to both sides at once.

In Lee Child’s white-hot thriller, nothing is what it seems, and nobody is telling the truth. As the tension rises, the twists come fast and furious, keeping readers guessing and gasping until the explosive finale.

Praise for #1 bestselling author Lee Child and his Reacher series

“Child is a superb craftsman of suspense.”—Entertainment Weekly

“The truth about Reacher gets better and better.”—Janet Maslin, The New York Times

“Jack Reacher is much more like the heir to the Op and Marlowe than Spenser ever was.”—Esquire

Typical Reacher book with the great Dick Hill as narrator. I do realize that this is not great literature, but it is certainly fun to listen to while walking during the pandemic.

Great read. I’ve been reading his books in order. Little confusing on the death of his brother that he just talked to in the previous book. Love Reacher

I loved this book. I listened to it twice. Many years apart but still twice. I love the Jack Reacher series. The first time I listened to a book was when I was working for a place that rented them. I worked over night and was by myself I asked them if I brought my cd player to work if I could borrow them as long as they did not leave the property I would not have to pay. They let me so I listened to many of them. Being I would go through one in like 2.5 work days. My favorites were ones read by Dick Hill.

I really enjoyed this book! Not quite my favorite, but certainly near the top. One point in particular comes near the end of the book. Reacher is attempting to help McQueen get free from the nylon cords that held him tightly in a chair and in the process they have a short discussion on how they might find a way to cut the nylon. McQueen asks "Don't you have a knife?" and Reacher says “I have a toothbrush.” McQeen says “That won't help.” and Reacher responds... “It's good against plaque.” I pumped my fist and laughed out loud and didn't care who saw me as I drove down the road.