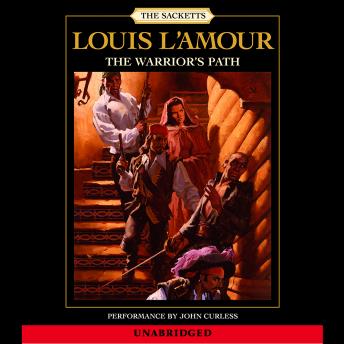 Filled with exciting tales of the frontier, the chronicle of the Sackett family is perhaps the crowning achievement of one of our greatest storytellers. In The Warrior’s Path, Louis L’Amour tells the story of Yance and Kin Sackett, two brothers who are the last hope of a young woman who faces a fate worse than death.

When Yance Sackett’s sister-in-law is kidnapped, he and Kin race north from Carolina to find her. They arrive at a superstitious town rife with rumors—and learn that someone very powerful was behind Diana’s disappearance. To bring the culprit to justice, one brother must sail to the exotic West Indies.

There, among pirates, cutthroats, and ruthless “businessmen,” he will apply the skills he learned as a frontiersman to an unfamiliar world—a world where one false move means instant death.

This title is due for release on July 26, 2005
We'll send you an email as soon as it is available!