Where Am I Eating? An Adventure Through the Global Food Economy 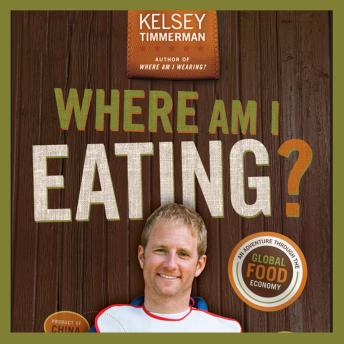 In 2010 imports accounted for 86% of America's seafood, 50% of its fresh fruit, and 18% of its fresh vegetables. Americans are now importing twice as much food as we were a decade ago. But what does this increased reliance on imported food mean for the people around the globe that produce our food the people that feed us? In the vein of the author's first book Where am I Wearing?, Where Am I Eating? will bridge the gap between global farmers and fisherman and American consumers. Not only will Timmerman set out on a global quest to meet the workers that nurture, harvest, and hunt our food, he will work alongside them: diving for lobster in Nicaragua, harvesting bananas in Costa Rica, lugging sacks of cocoa beans in Cote d'Ivoire, picking coffee beans in Colombia and tomatoes in Indiana. Through their lives he will explore the global food economy and the issues surrounding it such as globalization, workers and human rights, the global food crisis, fair trade, and immigration. Most books on the food industry, from Fast Food Nation to Omnivore's Dilemma, have focused on the environmental, political, and health aspects of what we eat. Where Am I Eating? shows the producers who anchor the opposite end of the global food economy. How does what we eat affect them? It will neither argue for or against the globalization of food, but simply personalize it by observing the hope and opportunity, and the lack of both, which the global food economy gives to the worlds poorest producers.

Where Am I Eating? An Adventure Through the Global Food Economy