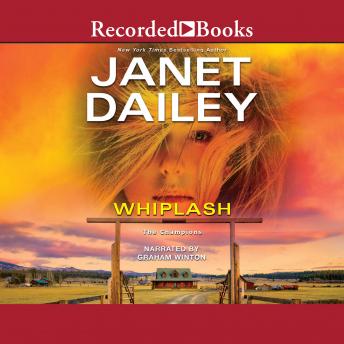 From New York Times bestselling author Janet Dailey comes the latest Champions novel, set on the Alamo Canyon Ranch, where a legacy bull rearing operation is run by three sisters—women who aren’t afraid to compete in a
man’s world, or to take on something as wild as love—and win.

When Val Champion returns to the family ranch, she’s ready to put her past behind her. Her dreams of a Hollywood acting career have become a nightmare of fear. But once she sees rodeo man Casey Bozeman facing down a bull in the
arena, she knows she’s no safer at home. Face to face with her first and only true love, Val can’t deny her still powerful feelings for Casey. Feelings she can never act on again …

Val’s the one who got away, the woman who broke his heart so hard he still feels the sting. But there’s no denying Casey’s still drawn to the fiery beauty. And there’s no way he can stand by when the high stakes Professional Bull Riding finals
in Vegas bring out the danger Val’s been running from. Suddenly the rugged cowboy is willing to risk it all for her once more, even if it means facing down those secrets lurking in her unforgettable eyes ….