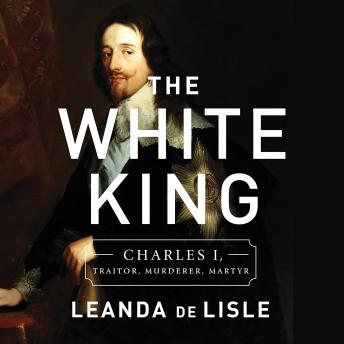 From the New York Times bestselling author and master of narrative nonfiction comes the tragic story of Charles I, his warrior queen, Britain's civil wars and the trial for his life.

Less than forty years after England's golden age under Elizabeth I, the country was at war with itself. Split between loyalty to the Crown or to Parliament, war raged on English soil. The English Civil War would set family against family, friend against friend, and its casualties were immense--a greater proportion of the population died than in World War I.

At the head of the disintegrating kingdom was King Charles I. In this vivid portrait -- informed by previously unseen manuscripts, including royal correspondence between the king and his queen -- Leanda de Lisle depicts a man who was principled and brave, but fatally blinkered.

Charles never understood his own subjects or court intrigue. At the heart of the drama were the Janus-faced cousins who befriended and betrayed him -- Henry Holland, his peacocking servant whose brother, the New England colonialist Robert Warwick, engineered the king's fall; and Lucy Carlisle, the magnetic 'last Boleyn girl' and faithless favorite of Charles's maligned and fearless queen.

The tragedy of Charles I was that he fell not as a consequence of vice or wickedness, but of his human flaws and misjudgments. The White King is a story for our times, of populist politicians and religious war, of manipulative media and the reshaping of nations. For Charles it ended on the scaffold, condemned as a traitor and murderer, yet lauded also as a martyr, his reign destined to sow the seeds of democracy in Britain and the New World.