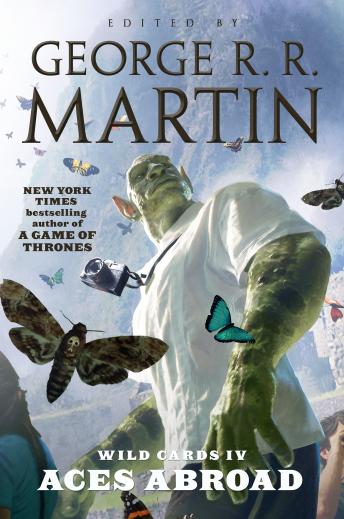 Forty years after the Wild Card Virus's release, the World Health Organization decides it's time to take a delegation of Aces, Jokers, politicians, and journalists on a fact-finding mission to learn how other countries are dealing with the virus that reshaped humanity. Leading the team is Gregg Hartmann, a senator with presidential aspirations and a dangerous ace up his sleeve. Joining him is a menagerie of some of the series' best and most popular Wild Cards, including Dr. Tachyon, aces Peregrine and Golden Boy, and jokers Chrysalis, Troll, and Father Squid.

From the jungles of Haiti and Peru to the tumultuous political climate of Egypt, from a monastery in Japan to the streets of the most glamorous cities of Europe, the Wild Cards are in for an eye-opening trip. While some are worshiped as actual gods, those possessing the most extreme mutations are treated with a contempt that's all too familiar to the delegates from Jokertown. New alliances will be formed, new enemies will be made, and some actions will fulfill centuries-old prophecies that make ripples throughout the future of the Wild Cards universe.