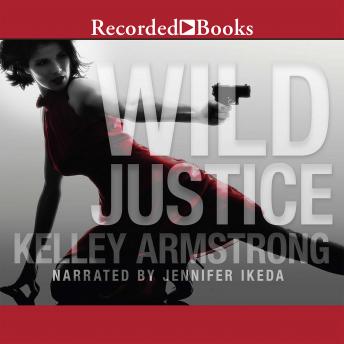 The long-awaited final installment of the #1 New York Times bestselling author' s Nadia Stafford series Since Kelley Armstrong wrapped up book two of the Nadia Stafford series, fans have been eager to know what happens to the tough-as-nails contract killer. At last, Wild Justice brings Nadia back for the series' thrilling conclusion-- an action-packed tale that will dazzle fans of the series as well as those who are only familiar with Armstrong' s bestselling paranormal books. In Wild Justice , Nadia is confronted with her most difficult task to date: going after the man who killed her cousin Amy twenty years prior. But when it turns out that someone else has already taken justice into their own hands, she is drawn into a complex situation where everything she knows and loves is thrown into the path of danger. Nadia is forced to take matters into her own hands, ultimately requiring her to confront her darkest secrets-- and her deepest desires-- in a way that she never thought possible.

This title is due for release on November 26, 2013
We'll send you an email as soon as it is available!