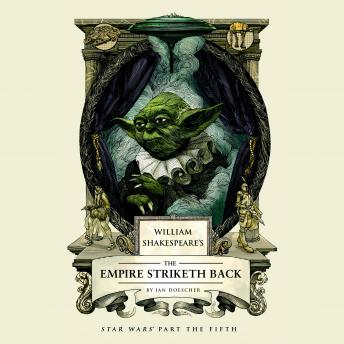 William Shakespeare's The Empire Striketh Back

Hot on the heels of the New York Times bestseller William Shakespeare’s Star Wars comes the next installment of the original trilogy: William Shakespeare’s The Empire Striketh Back. Many a fortnight have passed since the destruction of the Death Star. Young Luke Skywalker and his friends have taken refuge on the ice planet of Hoth, where the evil Darth Vader has hatched a cold-blooded plan to capture them. Only with the help of a little green Jedi Master—and a swaggering rascal named Lando Calrissian—can our heroes escape the Empire’s wrath. And only then will Lord Vader learn how sharper than a tauntaun’s tooth it is to have a Jedi child.

This title is due for release on March 18, 2014
We'll send you an email as soon as it is available!