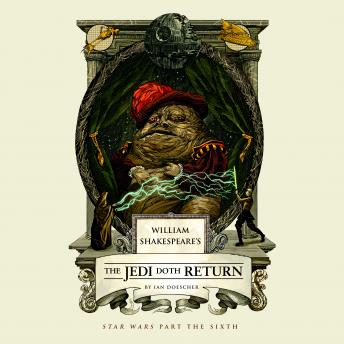 Hot on the heels of the New York Times best seller William Shakespeare’s Star Wars comes the final installment of the original trilogy: William Shakespeare’s The Jedi Doth Return. Prithee, attend the tale so far: Han Solo entombed in carbonite, the princess taken captive, the Rebel Alliance besieged, and Jabba the Hutt engorged. Now Luke Skywalker and his Rebel band must seek fresh allies in their quest to thwart construction of a new Imperial Death Star. But whom can they trust to fight by their side in the great battle to come? Cry “Ewok” and let slip the dogs of war!