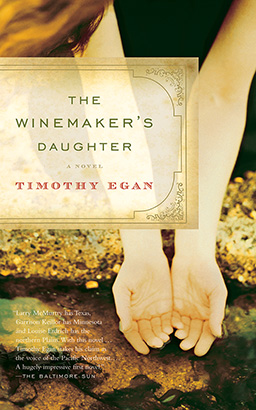 When Brunella Cartolano visits her father on the family vineyard in the basin of the Cascade Mountains, she''s shocked by the devastation caused by a four-year drought. Passionate about the Pacific Northwest ecology, Brunella, a cultural impact analyst, is embroiled in a battle to save the Seattle waterfront from redevelopment and to preserve a fisherman''s livelihood. But when a tragedy among smoke-jumpers results from a failure of the water supply, and her brother Niccolo is among those lost, Brunella finds herself with another mission: to find out who is sabotaging the area''s water supply. Joining forces with a Native American forest ranger, she discovers deep rifts rooted in the region''s complicated history, and tries to save her father''s vineyard from drying up for good . . . even as violence and corruption erupt around her.

“A good read, showcasing Mr. Egan’s lived-in sense of place as well as his knowledge of wine culture.” —THE NEW YORK TIMES

“A page-turner that manages to avoid the trite and instead embraces truthful contemporary issues…. Well-crafted.” —ROCKY MOUNTAIN NEWS

This title is due for release on February 2, 2017
We'll send you an email as soon as it is available!