The Witch And Her Servants 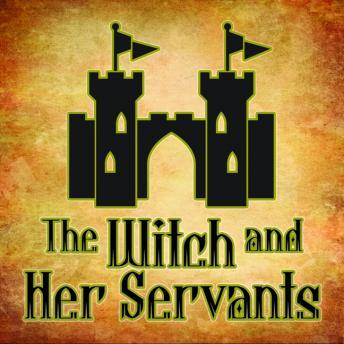 When he undertakes the daunting task of saving his father's ailing fruit trees, the young Prince Iwanich becomes enamored by a dream lady, Militza, who he cannot speak of, for he is bound to secrecy. Praised as a hero for saving his father's trees, the prince flees in search of the woman and her palace. They become betrothed, but one day, Militza is called away on duty, and leaves the prince with one request: there is one room in the house forbidden to him. But burning with curiosity, the prince opens the door to the room and unleashes a hurricane of unfortunate events. He is instantly transported to a wood where he becomes a witch's servant, and his fair Militza comes under the control of an evil magician.

Andrew Lang (1844-1912) was a Scottish writer who collected fairy and folk tales from various cultures and put them together in twelve volumes of tales. He was noted for taking the tales from as many original sources as possible, keeping the fairy tales close to their intended meanings.

Witch And Her Servants

This title is due for release on August 3, 2012
We'll send you an email as soon as it is available!