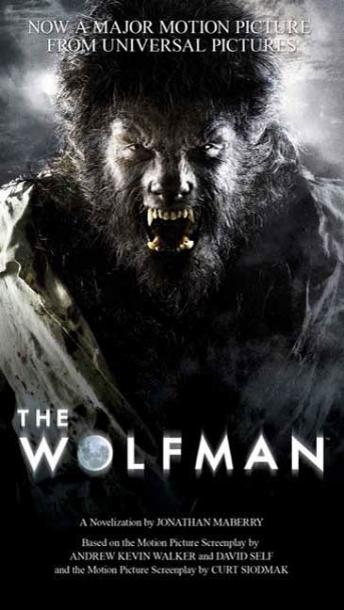 Lawrence Talbot's childhood ended the night his mother died. After he left the sleepy Victorian hamlet of Blackmoor, he spent decades recovering and trying to forget. But when his brother's fiancée tracks him down to help find her missing love, Talbot returns home to join the search. He learns that something with brute strength and insatiable bloodlust has been killing the villagers, and that a suspicious Scotland Yard inspector has come to investigate.

As Talbot pieces together the gory puzzle, he hears of an ancient curse that turns the afflicted into werewolves when the moon is full. Now, if he has any chance at ending the slaughter and protecting the woman he has grown to love, Talbot must destroy the vicious creature that stalks the woods surrounding Blackmoor. But as he hunts for the nightmarish beast, a simple man with a tortured past will uncover a primal side to himself . . . one he never imagined existed.

This is a work of fiction. All of the characters, organizations, and events portrayed in this novel are either products of the author's imagination or are used fictitiously.

Great read. Fast-paced, descriptive writing. This caused me to start reading more from this guy. The narration was natural, heartfelt and very professional.

Book was quite boring compared to Jonathan's normal works.

This title is due for release on February 2, 2010
We'll send you an email as soon as it is available!