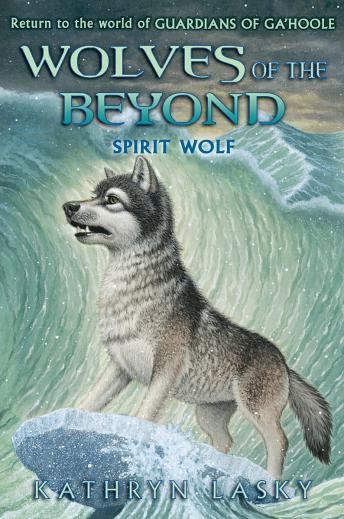 Spirit Wolf (Wolves of the Beyond #5)

#5 of Wolves of the Beyond

Faolan, a wolf once doomed to die, struggles to fulfill his destiny as the leader of the wolves of Beyond.

No one ever saw Faolan as a leader. Banished as a pup, he survived and returned as a gnaw wolf--the lowest member of the wolf pack. But Faolan wasn't meant to be a gnaw wolf. It's not just his strange, splayed paw, or his uncanny connection with the bears. There's something about Faolan that inspires certain wolves . . . and leaves others deeply suspicious. Now, with a dangerous threat on the horizon, the pack must make a choice. Will they trust the silver outsider with the task of leading? If Faolan can't fulfill his destiny, it could be the end of the wolves of the Beyond.

Awesome story to be immersed into

This title is due for release on June 1, 2012
We'll send you an email as soon as it is available!