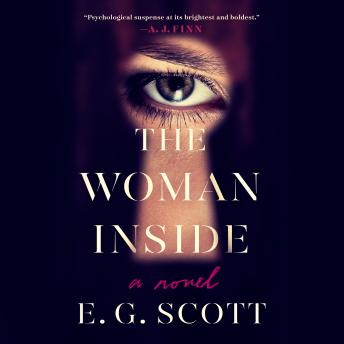 The Woman Inside: A Novel

An impossible-to-put-down domestic thriller about secrets and revenge, told from the perspectives of a husband and wife who are the most perfect, and the most dangerous, match for each other

Rebecca didn’t know love was possible until she met Paul, a successful, charismatic, married man with a past as dark as her own. Their pain drew them together with an irresistible magnetism; they sensed that they were each other’s ideal (and perhaps only) match.

But twenty years later, Paul and Rebecca are drowning as the damage and secrets that ignited their love begin to consume their marriage. Paul is cheating on Rebecca, and his affair gets messy fast. His mistress is stalking them with growing audacity when Rebecca discovers Paul’s elaborate plan to build a new life without her. And though Rebecca is spiraling into an opiate addiction, it doesn’t stop her from coming up with a devious plot of her own, and this one could end absolutely everything.

What follows is an unpredictable and stylish game of cat and mouse—a shocking tale of unfaithfulness and unreliability that will keep you racing until the final twist and make you wonder how well you really know your spouse.

This read was amazing. I listened at work and on my long commute and was bummed that it seemed such a short read. But the suspense was throughout the entire read and it kept me guessing from one moment to the next. The multiple narrator in the beginning did confuse me at first as well as the now, before and after phases that they jump back and forth in between. However I got the gust rather quickly and immediately fell in love with the story. Recommended read for sure!

It was too easy to figure out what was going to happen.

Amazing twists and turns! Loved all the different narrators!