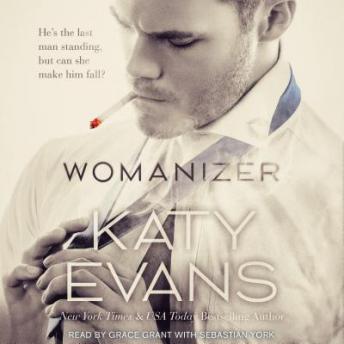 #4 of The Manwhore Series

We were just two strangers. Facing a forbidden attraction, a chemical connection. Neither of us expected or wanted it to amount to more.

But I had never been drawn to a guy the way I was drawn to this one: my brother’s best friend, and CEO of the company where I interned. Even knowing I should stay away, I proved to be too human, after all.

The chemistry was amazing.

The laughs were incredible.

Just sex because he was too irresistible.

Just sex because I wouldn’t be falling for him.

Just sex because I’d leave in three months, and I’d like for my brother not to kill me, and for nobody to find out he was my wicked little secret.

He wasn’t the One.

He was just a womanizer.

But for a time, he would be mine.

I loved this book. I've read several by Katy Evans - this one is my favorite though!

This is a good book with wonderful characters

This title is due for release on December 5, 2016
We'll send you an email as soon as it is available!