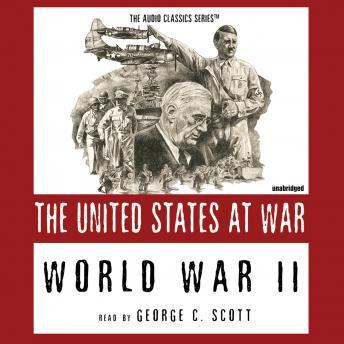 Part of United States at War

World War II redrew the map of the world. No longer would Europe be the center of power. As the continent exhausted itself in yet another war, two new nations with conflicting ideologies were rising to prominence: the United States of America and the Soviet Union. Both nations would eventually fight on the same sidein World War II, but they would not emerge as partners.

What was the ultimate cost of World War II? For the Axis nations, it was defeat, humiliation, and economic ruin; for the Allies, the price was more subtle. They had instituted economic and social policies to pursue the war, many of which struck to the very heart of liberty. And soon, hostility between two of the Allied powers, America and the Soviet Union, would blossom into the Cold War.

The United States at War series is a collection of presentations that review the political, economic, and social tensions that have erupted in military conflict and examine how the conflict resolved, or failed to resolve, those tensions.

This title is due for release on October 8, 2012
We'll send you an email as soon as it is available!