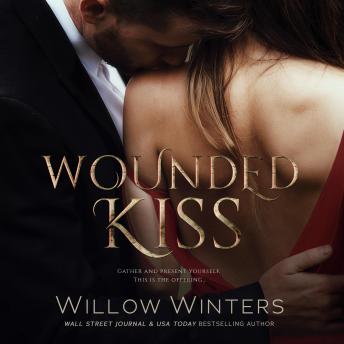 #1 of To Be Claimed Saga

From USA Today best-selling author, Willow Winters, comes a tempting tale of fated love, lust-filled secrets and the beginnings of an epic war.

His chiseled jaw and silver gaze haunts both my nightmares and my dreams, though I’ve only ever gotten a glimpse of either.

There’s a treaty between us and them; mere mortals and the ones who terrify but keep us safe. The contract demands that every year there’s an offering and this year I’ll walk across that stage presenting myself.

We have no idea what to expect if they choose someone, since they haven’t done so in generations.

The only thing we know is that the ones they take belong to them forevermore. If chosen, you don’t come back, or so the story of the treaty goes.

Gather and present yourself.

This is the offering …

This title is due for release on June 18, 2021
We'll send you an email as soon as it is available!