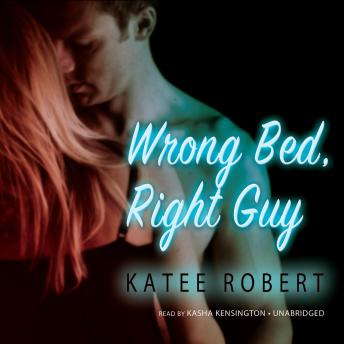 #1 of The Come Undone Series

Prim and proper art gallery coordinator Elle Walser is no good at seducing men. Heck, she's been throwing hints at her boss for months, but he's completely clueless. Desperate to escape her mother's matchmaking efforts, she comes up with a plan—buy some lingerie and climb into her boss' bed. The plan goes brilliantly—until she accidentally seduces a sexy stranger instead.

Bad boy nightclub mogul Gabe Schultz just had the best almost-sex of his life. Too bad the smoking hot blonde thought he was his brother and bolted before he could finish what they started. Though her holier-than-thou attitude puts a serious damper on his mood, Gabe's never been one to give up on something he wants. And he wants Elle. But does a man who lives on the dark side really have a chance with a proper lady?

I was really looking forward to reading this book. I thought it sounded cute and fun. I was hoping for a quick, light read. Unfortunately, that’s not what I got. The premise is cute. I love the whole misunderstanding in the beginning. It’s totally unrealistic and would never happen in a million years, but that’s sometimes what makes a great FICTIONAL romance novel. It’s an escape from reality, so I can suspend belief for a while and just enjoy. My problem with this book was the snarky heroine. She was a total b****. I was out of the house listening to this book on audio in my car. If I hadn’t been listening in the car, unable to get another book, I would have given up on this one in the beginning. I honestly can’t believe what a b**** the heroine was. Why oh why would the hero ever want that kind of woman in his life? I think the author made her this way to create conflict and friction between the characters, but for me it didn’t work at all. Elle created the entire situation they were in and then she got mad and b****y at the hero because of her stupid mistake. She even got angry with him when he brought her flowers and she had an allergic reaction, as if he’s supposed to know she’s allergic. In my opinion, this was not a good match. Gabe was a nice guy and definitely too good for Elle. Her attitude got a bit better in the middle, but she reverted again at the end. She made a stupid assumption and went back to her snarky ways. There was a scene where Gabe was questioning if he wanted the trouble of such a high maintenance woman in his life, and I was rooting for NO. Dump the b****. It does not bode well for a romance when I’m rooting against the Happily Ever After.