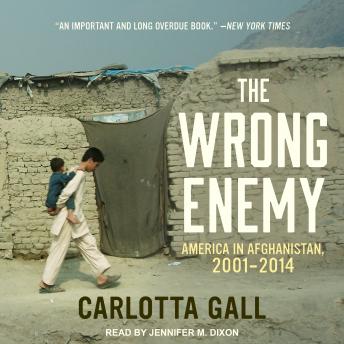 A journalist with deep knowledge of the region provides 'an enthralling and largely firsthand account of the war in Afghanistan' (Financial Times).

Few reporters know as much about Afghanistan as Carlotta Gall. She was there in the 1990s after the Russians were driven out. She witnessed the early flourishing of radical Islam, imported from abroad, which caused so much local suffering. She was there right after 9/11, when US special forces helped the Northern Alliance drive the Taliban out of the north and then the south, fighting pitched battles and causing their enemies to flee underground and into Pakistan. Gall knows just how much this war has cost the Afghan people-and just how much damage can be traced to Pakistan and its duplicitous government and intelligence forces.

Combining searing personal accounts of battles and betrayals with moving portraits of the ordinary Afghans who were caught up in the conflict for more than a decade, The Wrong Enemy is a sweeping account of a war brought by American leaders against an enemy they barely understood and could not truly engage.